The Liberals have a plan to deregulate the sale of electricity in Western Australia.

They want private companies to sell us electricity, instead of publicly owned Synergy.

They call it giving people choice, which might sound good on the surface.

What the Liberals don’t tell us is that deregulation has led to higher electricity prices, whenever it has been introduced around Australia.

Three reasons why the Liberals have a bad plan

After the sale of electricity was deregulated in Victoria in 2002, prices more than doubled.

2. Marketing costs get passed on to consumers

In 2018, Victoria’s private electricity retailers spent $165 million competing with each other, with these costs passed on to households and businesses through higher electricity bills.

Electricity bills got so out of control in Victoria, that regulators had to step in, re-regulating the market in an attempt to bring prices back down.

When the Liberals were last in government in WA

We all remember electricity prices going up year after year under the Barnett Government.

We now know the Liberals had been fattening up our electricity system for sale.

From the time the Liberals were elected in 2008 through to their last State Budget in 2016, they put up electricity prices by 85 per cent.  That was an increase of more than $800 for the average Western Australian household each year. 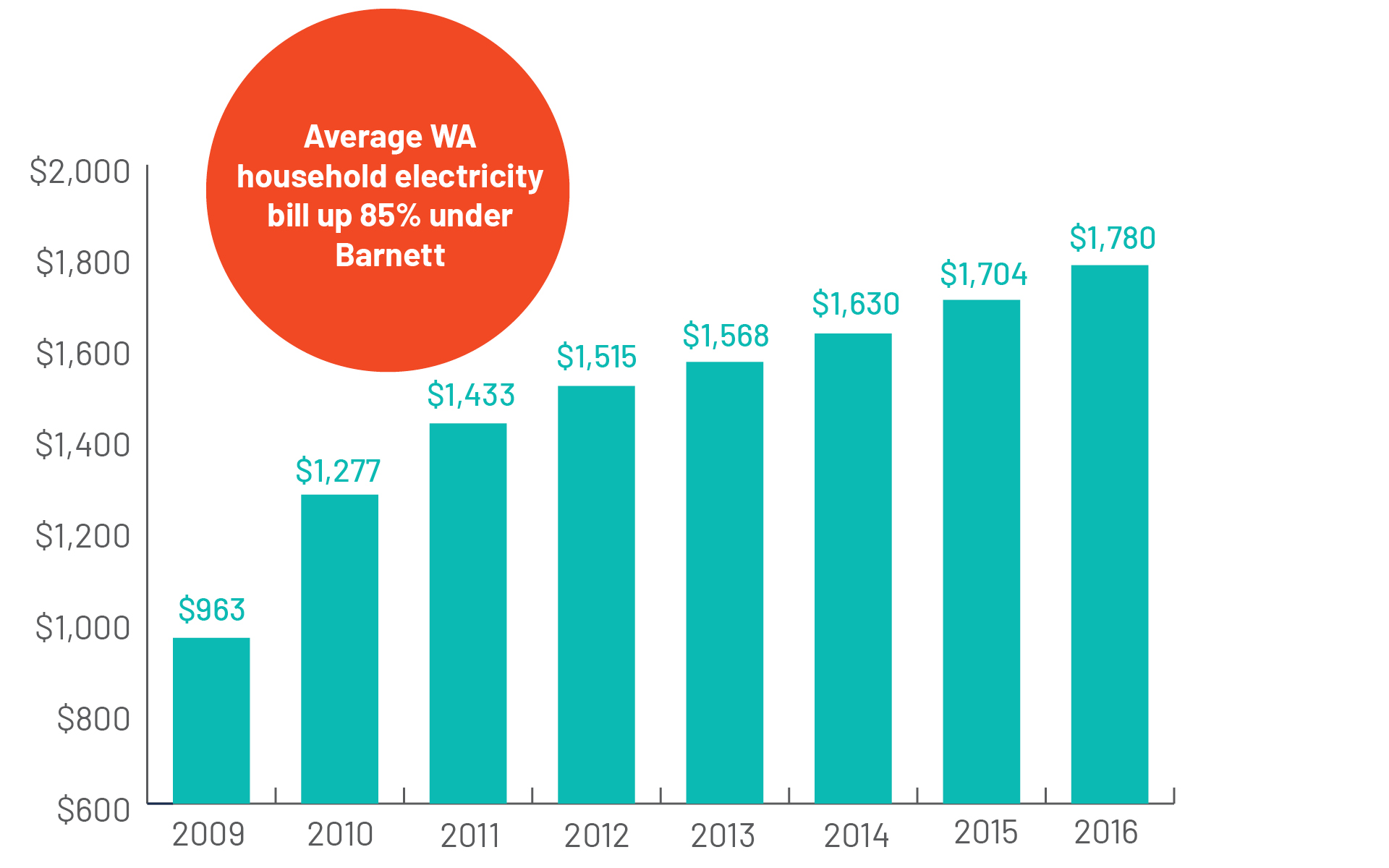