Before the selloff, the electricity industry in South Australia, as in other states, displayed a high degree of vertical and horizontal integration. ETSA was an integrated monopoly, which provided all electricity services, from generation, transmission and distribution to metering  and billing, and even mined some of the coal used for generation.

A crucial element of the changes was vertical and horizontal disintegration of the industry. As part of this process ETSA was broken into separate enterprises providing generation (Flinders, Optima and Synergen, transmission (ElectraNet), distribution (ETSA Utilities) and retail (ETSA) services.

On 17 February, 1998, the South Australian government announced that it intended to privatise the state’s electricity industry, thereby abandoning a commitment made during the 1997 election campaign. Although the necessary legislation was initially blocked by the Legislative Council, the defection of two Labor members enabled the government to sell a long-term lease on the assets of the electricity industry.

On 12 December 1999, the government announced the long-term lease of its distribution company ETSA Utilities and the sale of retail company ETSA Power for a total of $3.5 billion (later increased to $3.55 billion when ETSA was resold by the leaseholders). The remaining parts of the industry (the three generation companies Flinders, Optima and Synergen, and the transmission company ElectraNet) were leased or sold during 2000.

The Olsen government’s case for privatisation was based on claims that private investors would be willing to pay a price for ETSA that exceeded its value in continued public ownership, and on arguments about the financial and other risks associated with participation in the National Electricity Market. In essence, the Olsen government’s case was the opposite of that argued by the 1948 Royal Commission.

Quiggin and Spoehr (1998) criticised the government argument for failing to take account of retained earnings and other income derived from ETSA, and argued that a sale price of between $6 billion and $7 billion would be needed to offset the loss of income to the State associated with the sale or lease of electricity assets. Quiggin and Spoehr also criticised the government’s claims regarding financial risks, and argued that the majority of electricity income was derived from the distribution and transmission sector, a low-risk natural monopoly. Projections of revenue, costs and profitability were presented.

It is now possible to evaluate many of these arguments in the light of experience since 1998. As will be shown below, the estimates of Quiggin and Spoehr (1998) were fairly accurate, while many of the claims made by the Olsen government have been proved false.

Finally, the government argued that the projections of earnings growth presented in Risky Business for the period after 1998-99 were over-optimistic. The government claimed that the estimates of one per cent and three per cent real growth used in the central and high projections were too high, but did not offer any alternative estimate.

Subsequent performance has vindicated the analysis presented in Risky Business on a number of points. Given the multiple changes of ownership following privatisation, it is only possible to consider the distribution business, ETSA Utilities. By 2012, EBIT for ETSA Utilities (now renamed as SA Power Networks) had risen from $350 million in 2000 to $642 million, an annual rate of increase of five per cent. Adjusting for inflation of two to three per cent, this implies that earnings have risen at a real rate of two to three per cent per year, consistent with the upper range estimates of Quiggin and Spoehr (1998).

The observed outcome supports the conclusion of Quiggin and Spoehr (1998) that the privatisation of ETSA has cost the South Australian public between $1 billion and $2 billion, and that an outcome at the upper end of this range is likely.

Unfortunately, privatisation is often put forward as a solution to a problem not related to the electricity system.  In South Australia, the Olsen Government saw it as a short-term solution to the State’s debt problem.  In Western Australia, Colin Barnett is looking to it to pay off debt that has been accumulated on his vanity projects.

We need our governments to take a long-term perspective.  It is in the public interest for our electricity system to remain in public hands. 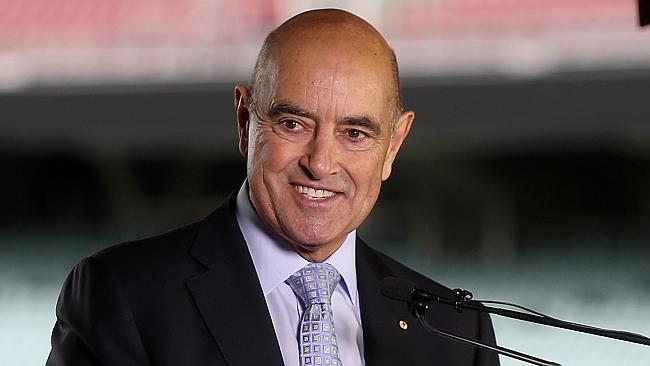