In another shortsighted move, the New South Wales Liberal-National Government is planning to privatise the state’s electricity transmission and distribution networks.

The networks are currently 100 per cent state owned.

Electricity privatisation has proved politically contentious in New South Wales, with former Premier Bob Carr abandoning privatisation plans in 1997 and Morris Iemma effectively losing his job over the issue in 2008.

The Carr government in the 1990s first raised proposals for privatisation of the NSW electricity industry. The government commissioned reports from consultants (the Allen Group and Ord Minnett) and a committee chaired by former ALP National President Bob Hogg, all of which supported privatisation. The estimated sale price for the NSW electricity industry was around $20 billion. However, the proposal was rejected by the Labor Party conference, with the result that the industry remained in public ownership until 2010 when it was partially privatised by the Keneally Government.

In the first stage of privatisation, electricity retailers Country Energy and Integral Energy, and the output from power generator Eraring were sold to Origin Energy for $3.3billion.

EnergyAustralia, the output from the Delta West generator, the Mount Piper Extension and two Marulan development sites, were all sold to the Hong Kong company TRUenergy for $2 billion.

These deals were highly controversial, with the majority of board members of Delta and Eraring resigning in protest, and allegations that the sale price was only half the true value.

In 2012, the O’Farrell LNP government announced the sale of the remaining generation assets, with an expected price of $3 billion.  Aspects of these sales are still underway.

In June 2014, new Premier Mike Baird announced the third phase of privatisation.  This will involve the sale of 99 year partial leases.  Premier Baird proposes to take the policy to the upcoming State election to seek a mandate for the sale and its use to pay down debt.  Some additional infrastructure spending is also proposed from the proceeds.

However, the experience in New South Wales suggest that the Baird Government is about to deprive future generations of New South Wales taxpayers of significant recurrent revenue.

It is possible to compare the actual outcomes with what would have occurred if the proposed sale had gone ahead in 1997, yielding $25 billion in net proceeds. Assuming (over-optimistically) that all the sale proceeds were used to repay public debt, and that the resulting interest savings were compounded at six per cent, the $20 billion would have a 2010 present value of around $50 billion.

By holding on to the assets, the government received dividend and tax equivalent payments averaging around $1 billion a year. In addition, a capital restructure yielded around $5 billion in equity repayments. Converting these flows to 2010 present values yields about $25 billion. So, if privatisation had been undertaken in 1997, the state’s debt would be lower by around $25 billion in 2010. On the other hand, the state retained ownership of the generation and retail assets, which realised a sale price of $8 billion (including the estimated $3 billion for the sale of remaining assets). So, the reduction in debt, relative to the current situation, is around $17 billion.

Unfortunately for our friends in New South Wales, the Baird Government is ignoring the lessons of the past.  Here’s hoping that Colin Barnett doesn’t ignore the New South Wales experience when making decision about the future ownership of Western Australia’s electricity system. 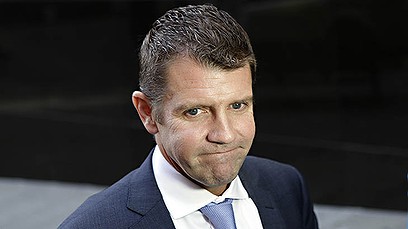